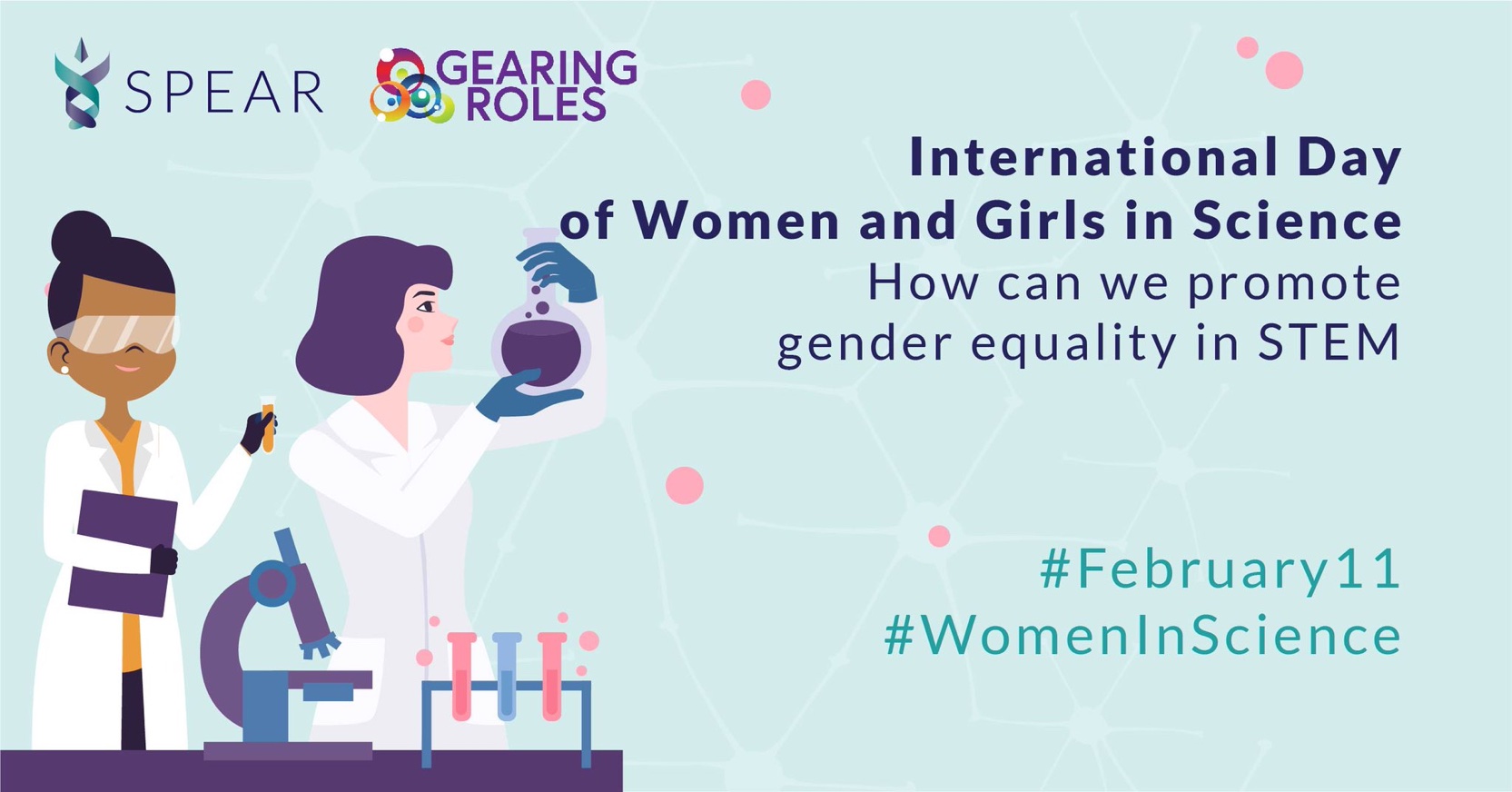 11 Feb International Day of Women and Girls in Science: How can we promote gender equality in STEM

Posted at 20:23h in Uncategorized by Gearing Roles 0 Comments
0 Likes

11th of February is the United Nations International Day of Women and Girls in Science.

On this day, “we celebrate the achievements of women, known and unknown, remembered and forgotten, who have forged the way for those of us in science today, and to give the opportunity for childern: girls and boys, to choose role models in science’’ – Princess Nisreen El-Hashemite, BSc, MSc, MD, PhD

The UN states on its website that “science and gender equality are both vital for the achievement of the internationally agreed development goals, including the 2030 Agenda for Sustainable Development.” Despite large improvements in the past 15 years to engage women and girls in science, they continue to be excluded from fully participating in this field highlighting the need for the global community to do more.

The division between genders within science persists in all countries.

The data from the UN Educational, Scientific and Cultural Organization’s Women in Science is quite clear. It shows that less than 30% of the world’s researchers are women, making up only 19% in south and west Asia, 23% in east Asia and the Pacific, 30% in sub-Saharan Africa, 32% in North America and western Europe, and 45% in Latin America.

Although the number of female researchers has increased globally, women have fewer academic publications on average than male researchers and are less likely to collaborate internationally.

Also, in Europe and North America, there is a higher possibility for men to graduate from natural sciences, mathematics, and information and communication technologies, and to work in those fields, than women.

What is happening in Europe?

Equality between women and men is considered as a core value of the European Union, cherished in the European Treaties. The current European framework (Strategic Engagement for Gender Equality 2016-2019) fosters women’s economic independence and participation in the labour market aiming to close gender pay and pension gaps. Despite the existence of regulations, policies and initiatives to bridge the persisting gaps, gender inequalities endure in most EU Member States. The European Commission reported that gender inequality is a function of systemic factors unrelated to ability, including bias, organisational constraints, organisational culture, and differential effects of work and family demands.

According to Eurostat, in Europe, out of 18 million scientists and engineers, almost 60% are men and 40% are women.

By analysing the data from the She Figures 2018, we can also gather interesting insights on Europe.

In some countries, women doctoral graduates numbered more than or equal to men particularly in the field of mathematics and manufacturing, but large imbalances between genders stand out in those sectors when it comes to the employment. Overall, in most of countries, the number of employed female scientists and engineers is disproportionally low.

Exceptions are certain EU countries where the majority of employed engineers and scientists are women: Lithuania (61%) and Bulgaria (57%).

How can we achieve gender equality in the STEM sector?

The demand for STEM (science, technology, engineering, manufacturing) professionals is expected to grow around 8% by 2025 and employment in STEM-related positions about 6.5%. The under-representation of women in STEM translates into the huge loss of talent, thoughts and ideas, as half of the population is not included, which will undoubtedly hider country’s development potential.

In light of this, here are some thoughts on what we can do to tackle inequality:

A study among primary school students showed that boys strongly considered that STEM subjects are more suitable for boys than for girls. Highlighting stereotypical gender roles, also, another study illustrated that first-year university students expressed negative stereotypical beliefs of women’s engineering and mathematical abilities. According to the study, those beliefs were more endorsed among male students.

Girls and young women need to actively engage in computer-science-related activities right from a young age to provide them with the personal encouragement they need to trust their abilities. These efforts will affect their career choices later in life and provide them the necessary confidence to feel as they are able to pursue a career in STEM.

It has been proven that some of the main reasons behind women leaving STEM jobs include: hostile working environments, lack of career advancement and recognition, the assignment of boring tasks and, finally, pay gaps.

Promoting diversity and constantly improving the workplace conditions, is a systematic effort in which all professionals need to become part of the solution: evaluators, HR recruiters, managers and C-suite members.

Find out more or adjust your settings.

Cookies allow us to know how our users navigate through our website and, in this way, to help them during the browsing process by showing them the
information of interest.

The cookies we use do not store personal data or any information that may identify you, as provided by the Organic Law on Data Protection.

If you do not wish to receive cookies from this website, you can change your web browser settings so that you can delete them from your computer&#39;s hard drive, block them or you will be notified when any website tries to send you a cookie.

Cookies allow a website, among other things, to store and retrieve information about the browsing habits of a user’s device and, depending on the information they contain and the way they use their equipment, they can be used to recognise that user.

Cookies can only store text. It is usually anonymous and encrypted.
No personal information will be stored in a cookie. Cookies cannot be related to
personally identifiable information or even unique identifiers.

3. Types of cookies according to their purpose:
According to the purpose for which the data obtained through the cookies are processed, cookies can be grouped as follows:

This website uses Google Analytics.
Google Analytics is a free Google website analysis tool that helps website owners measure how users interact with their website. It also enables cookies in the domain of the site where you are and uses a set of cookies called &quot;__utma&quot; and &quot;__utmz&quot; to collect information anonymously and reports website trends without identifying individual users.

In this way, we can focus on improving the most visited pages and help users to find what they are looking for more easily.

This website can use the information on your visit to make assessments and statistical calculations on anonymous data as well as to ensure continuity of the service or make website improvements.

All Internet browsers allow you to limit cookie behaviour or disable cookies within the browser settings or options.

The steps to do it are different on each browser. You can find instructions on the help menu on your browser.

If you do not accept the use of cookies, you can reject them using the preference or settings menus on your browser. This website will continue working properly without them.

You can see the cookies stored on your computer on your browser and delete them if you wish so.

Cookies are text files; you can open them and see their content. The data contained in them are nearly always encrypted with a numeric key corresponding to an Internet session.

The use of this website implies that you give your express and unequivocal consent to the use of cookies, under the terms and conditions set forth in this Cookies Policy, without prejudice to the measures to disable and eliminate cookies you may take and that are mentioned in the previous section.

Strictly Necessary Cookie should be enabled at all times so that we can save your preferences for cookie settings.

If you disable this cookie, we will not be able to save your preferences. This means that every time you visit this website you will need to enable or disable cookies again.